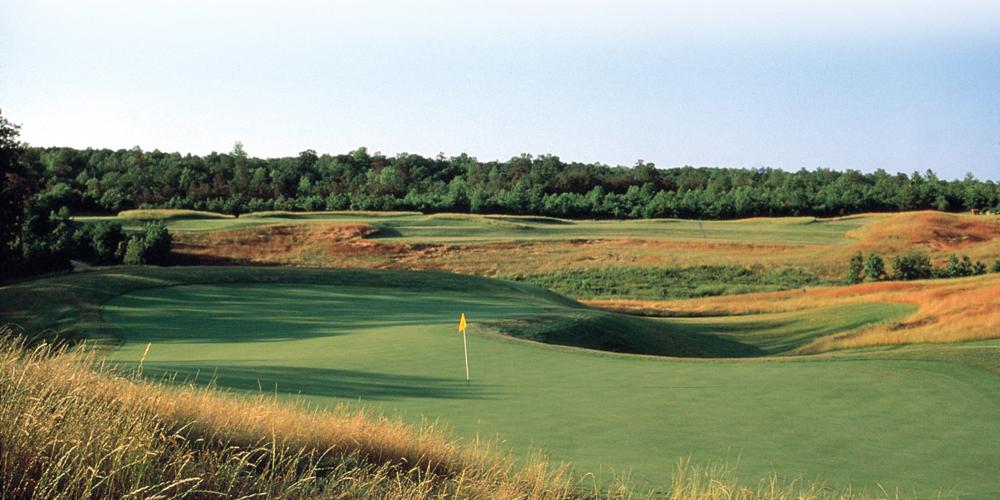 Royal New Kent Golf Club, the renowned work of golf course architect Mike Strantz, is being revitalized by new ownership. Working with members of Strantz's original team, Wingfield Golf Management Services and a group of investors are thoughtfully restoring one of the late artist's finest works.

A former golf course superintendent, Strantz's decade-long tutelage shaping courses for legendary architect Tom Fazio led to a solo career that consisted of just seven widely heralded original designs prior to Strantz's untimely death from cancer at the age of 50.

A rugged, commanding figure with shoulder-length hair and a handlebar mustache, Strantz relished his reputation as a maverick. Yet, the visionary golf course designer was really more of a Renaissance man: a gifted artist and golf purist, gourmet cook, music collector, college hockey player, lover of cats, dogs and horses - and most of all, a devoted family man.

Strantz was renowned for creating hand-drawn sketches that served as the blueprints for his dramatic golfing landscapes. In 1988, he was named architect of the year by Golf World, which later also called Strantz the "most in-demand course designer in the U.S." In 2000, the praise reached a crescendo when Golfweek named Strantz among the magazine's "Top 10 Greatest Golf Architects of All Time."

Royal New Kent and Stonehouse were named Golf Digest's "Best New Course" in back-to-back years - the first time an architect had ever received such an honor in consecutive years. In 2002, Strantz performed a redo of the private Silver Creek Valley Country Club and his final job came in 2003, when Strantz renovated the private Shore Course at Monterey Peninsula Country Club.

Located midway between Richmond and Williamsburg along the gateway to Coastal Virginia and the Outer Banks, Royal New Kent is a Virginia original sprinkled with Irish seasoning. Strantz designed the golf course as a tribute to the fabled seaside links of the Emerald Isle, with an emphasis on the character and feel of two of his favorites - Ireland's Royal County Down and Ballybunion - and bringing Irish golf to Virginia.

During the two decades since its opening, however, Royal New Kent began to lose its luster.

Enter Wingfield Golf Management Services, which brought decades of experience in all types of golf course development, construction and management around the Southeast. Based in Greenville, SC, Wingfield Golf touts a wide range of expertise that has spelled financial success for numerous clients.

Wingfield Golf Chairman Barton Tuck and President Noel Tuck partnered with local resident and golf enthusiast Willie Downs to restore Royal New Kent to its original condition. Barton Tuck spent some time with Strantz's widow Heidi, who provided him with many of her late husband's original drawings. Numerous fans of Royal New Kent have sent in old photographs of the course that will also assist in the renovation. Wingfield has even brought back two of Strantz's original shapers who constructed the course initially to perform the restoration work.

"We had a lot of help from people giving us information that will get us back to where (Strantz) started," Tuck said. "We're getting back as close as we can to what he designed."

Wingfield Golf will be trucking in 2,300 tons of new sand to redo the Royal New Kent bunkers, making the golf course more playable and easier to maintain. The green complexes have been converted from bent grass to champion Bermuda grass, while substantial upgrades are being made to the clubhouse. The irrigation system includes a new pump station and all 120 inlets will be rebuilt for better drainage.

Royal New Kent is expected to reopen in April 2019 and will headline a trio of outstanding public access courses owned or managed by Wingfield Golf, all within a short drive of one another.

Wingfield owns nearby Viniterra Golf Club, a Rees Jones design that opened in late 2009 and quickly won the hearts of the area's golfers and a fixture amongst Golfweek's Top Courses to Play in Virginia. Built upon nearly 1,200 acres of rolling, rugged terrain, the masterful routing incorporates many of the diverse, natural features of the site including frequent and dramatic elevation changes, various wetland areas and portions of mature, deciduous forest. A new golf house is currently being constructed at Viniterra.

Meanwhile, Wingfield also manages The Golf Club at Brickshire, where two-time U.S. Open champion Curtis Strange - working with Ault, Clark and Associates - designed a course that emulates holes from some of Strange's favorite courses: Augusta National, Pinehurst No. 2, Riviera and The Old Course at St. Andrews.

Along with Royal New Kent, Viniterra and Brickshire, Wingfield manages six other golf courses in Florida, Northern Virginia and Mississippi. "This area is very accessible from most of the east coast," Tuck said. "We believe there will be both local membership appeal and a lot of packaging business for golfers coming off the interstate."

But for now the focus is on Royal New Kent and reinvigorating the legacy of one of golf course architecture's most legendary figures.

"Mike Strantz was a tremendously talented and gifted architect whose career was, unfortunately, cut short," Tuck said. "It is an honor to have the opportunity to take one of his best back to what he originally designed and get it back in tip-top shape, and to play a part in preserving Strantz's legacy for golfers to enjoy for many years to come."

A NEW HORSE FOR THE COURSE

Chip Sullivan, an accomplished PGA Professional, has been chosen to oversee the renaissance at Royal New Kent and become the General Manager and Director of Golf. Chip has won more than 80 sanctioned PGA of America events and played in over 50 PGA TOUR competitions including 8 majors. Sullivan, 54, arrives at New Kent with over 30 years experience in the golf industry and an impressive list of accomplishments. He has worked at numerous clubs throughout the country and for the past 20 years served as Head Golf Professional in Roanoke, Virginia.

"Royal New Kent is considered one of the most challenging golf courses in the country," said Barton Tuck, Chairman of Wingfield Golf, which is managing Royal New Kent. "We wanted to bring in an accomplished player to help our members and their guests get around the course at a pleasurable pace. We're very excited to have Chip join our team. He has enjoyed an impressive career on and off the golf course. We plan on him retiring here at Royal New Kent."

David has been writing about golf since the turn of the century. He was Managing Editor at a regional golf magazine for 11 years, published in Canada, the IAGTO and a Staff Writer for The Georgia Golf Trail. His insightful perspective brings golf to life. 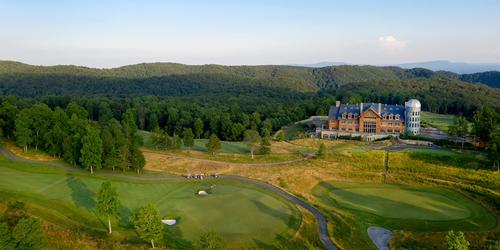 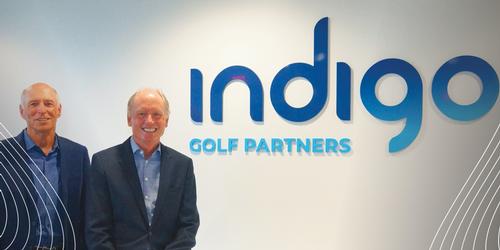